Paul Grimm is a 50 + year member of The Barbershop Harmony Society, an accomplishment in which he takes great pride.

Over the years Paul has sung with and competed in many quartets earning 14 "Sunrise Division" Championships and two third place bronze medals in the Northeastern District which includes all of  Quebec, New England and the Atlantic Provinces with his quartet, Seventh Wave which is still singing.  His first winning quartet was "The President's Choice" winning the gold 45 years ago and most recently, with "Peaches and Cream" winning both Sunrise Division Championship and the Seniors Championship.

One of his greatest passions over the years has been both coaching and directing Barbershop choruses and has been director of The Dukes of Kent, The Queens of Kings, Citadel Chimes and currently, the Valley Voices winning many awards over the years including 4 top ten placements in international competitions.

Over the years his involvement in Barbershopping has touched many areas and facets of the hobby including with tenure as an international judge in BHS and a certified "Singing A's" coach, and was awarded the Designation of "Bachelor of Barbershop Harmony" among numerous other awards.  He was co-founder and organizer of the Harmony Youth Festival and has taught and coached at many District and Division schools over his barbershop life.

Paul is married to Nancy Grimm (49 years) and dad to Sally Grimm O'Neill and Catherine Oulton and proud Grampy to Ben, Joe, Wesley, Laura and Tim!  He was founder and operator of Springvale Nurseries for the past 35 years.

And now Paul is thrilled to be the Musical Director of the fabulous Valley Voices! 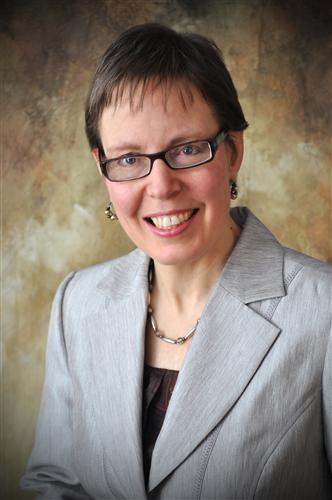 With over 30 years of barbershop experience with Valley Voices, Trinda is currently an Assistant Director, Quartet Promotion Co-ordinator, Parliamentarian and member of the Membership Team.  As a student, she sang in school choirs and studied piano, achieving Grade 9 with the Royal Conservatory of Music (Toronto).  As a long-time member of Girl Guides of Canada-Guides du Canada, she enjoyed honing her singing and performing skills.  She has a passion for learning and has attended two Directors' Colleges at Harmony University, a program organized by the Barbershop Harmony Society.  She has also appeared in two plays at CentreStage Theatre in Kentville.

No stranger to community and charitable boards, Trinda is a director of the national charity Sing Canada Harmony Scholarship Foundation (www.singcanadaharmony.ca), which provides scholarships to youth and adults for vocal education opportunities, "so someone will sing tomorrow."  Trinda was also privileged to serve as International President of Harmony, Incorporated in 2004-06.

Trinda is a charter member of Rotary Club of New Minas Sunrise (2000), where she served two consecutive terms as Club President.  She has travelled to several Rotary International Conventions to participate in the Rotary World Choir and is currently serving as Canada Country Chair for the International Fellowship of Rotarian Musicians, which has its own charity to provide musical instruments to children around the world.

During the work week (and sometimes on weekends), Trinda can be found in her office at Waterbury Newton, where she practises real estate law, wills and estates law, elder law, and corporate/commercial law.  She was admitted to the Nova Scotia bar in 1984, received her QC designation in 2000 and served as National President of The Canadian Bar Association in 2011-2012.  She currently is Continuing Legal Education/Social Committee Chair for the Kings County Barristers’ Society.  She was named the 2017 recipient of the Weldon Award for Unselfish Public Service by the Dalhousie Law Alumni Association.

Paula has been a member of Harmony, Incorporated for a about 17 years.  She first discovered the harmonies of barbershop singing and Area 1 competitions when she joined the Cobequid Fun Tones in Oxford.  After a few years, a career move brought the family to the Annapolis Valley where she joined Valley Voices in 2012.  She is delighted to be an Assistant Director with the chor
us and gladly assists with  other musical and administrative activities.
She enjoys the challenge of preparing for and singing in performances and competitions with Valley Voices.  She has also competed in quartet competitions, first with Masquerade and currently with QWiNN.
With the support of Valley Voices and Sing Canada, Paula was excited to attend Directors College at Harmony University in July 2019.  Considering herself a life-long learner, she is looking forward to broadening her singing and music education and skills.